Back in 2019, at the RANZCO World Science Congress, Peter van Wijngaarden, Deputy Director of the Center for Eye Research, claimed that the eye sector is one of the leading areas of medicine in terms of artificial intelligence (AI) implementation. According to RANZCO, AI systems are already achieving incredible results and, in some cases, can even rival eye care specialists.

There are a lot of similar examples when famous professors and specialists in the field of ophthalmology made predictions that AI is rapidly gaining strength in the eyecare industry. This gives rise to many myths and fears around the introduction of AI in clinical practice. More and more eye care professionals have faced the question: will artificial intelligence replace ophthalmologists and optometrists in the near future?

The increased attention to the issue of optometrists and ophthalmologists replaced by AI was also provoked by a World Economic Forum (WEF) report. According to this report, people can lose 85 million jobs by 2025 due to the shifting division of labor between people and machines.

In this post, we will discuss the top 5 misconceptions about AI that are most often faced by the owners of ophthalmological clinics and optometry centers in order to dispel them once and for all.

Do AI algorithms work exactly like a human brain? 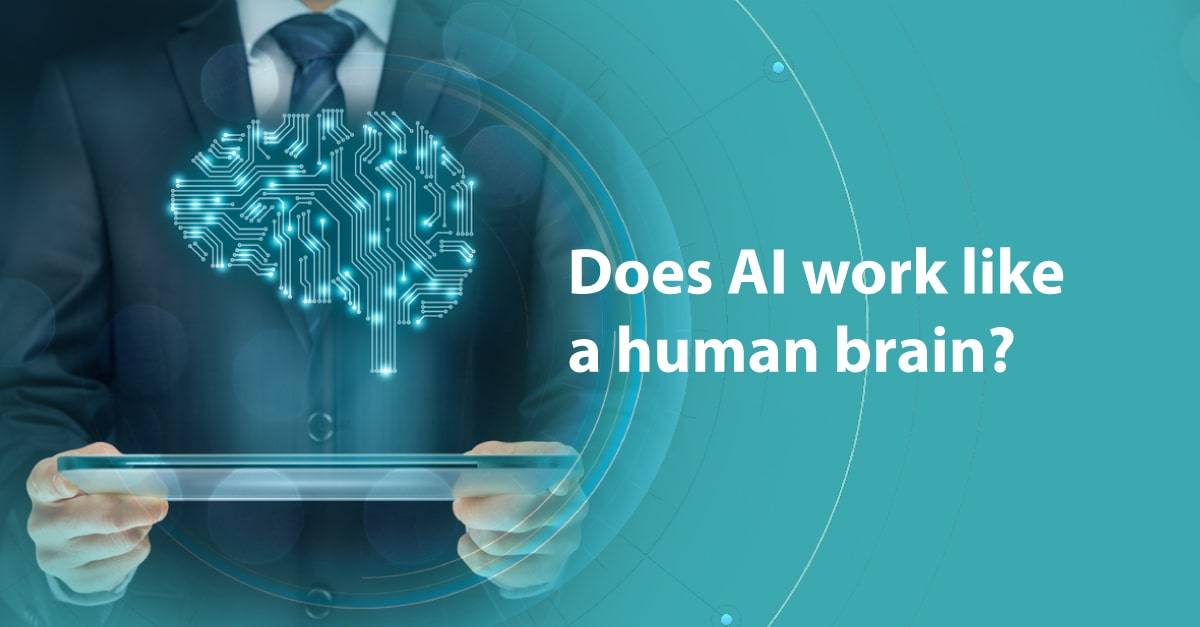 The concept of optometrists and ophthalmologists replaced by robots is gaining popularity. Nowadays, eye care specialists often discuss the potential of AI training in human cognitive skills. It is no longer just about the ability of AI to detect Diabetic retinopathy or interpret OCT scans with greater accuracy. The question is, will AI ever be able to replicate human consciousness? And can AI replicate how the human brain works?

What do we know about such models in different areas? AI systems are already demonstrating the work of some human cognitive functions. For example, AI models successfully compete with humans in computer games by gradually learning successful strategies. There is also an AI ​​model which creates enjoyable melodic music.

However, optometrists and ophthalmologists replaced by AI still seem unrealistic. Even with the above examples mimicking some aspects of human behavior, an AI algorithm still needs to learn what empathy is. Artificial intelligence does not understand and cannot make sense of its surrounding, nor can it learn from its surrounding as humans do. The most famous example that confirms this inability of AI is Siri or Alexa. Voice assistants can set up appointments but give strange answers when the conversation goes differently than their scenario.

While the human brain inspires modern AI techniques such as neural networks (NNs), the structure of NNs architectures is not biologically realistic.

First of all, there is a set of qualities that ophthalmologists and optometrists use every day. It is empathy for the patient, as well as creativity, teamwork, and adaptability. These qualities help doctors provide effective care to their patients. It is unlikely that the machines will ever be able to work with children, older adults, or patients with specific disabilities on par with humans. In addition, any patient would like to hear the diagnosis or discuss a treatment plan with a doctor, not a machine.

Therefore AI algorithm can’t work like a human brain, and the scenario where artificial intelligence replace ophthalmologists and optometrists will never happen. Nowadays, there are no developments that would make us think that AI image interpretation will ever be able at least to repeat important qualities of eye care specialists.

Is today’s state of AI dangerous for humans? 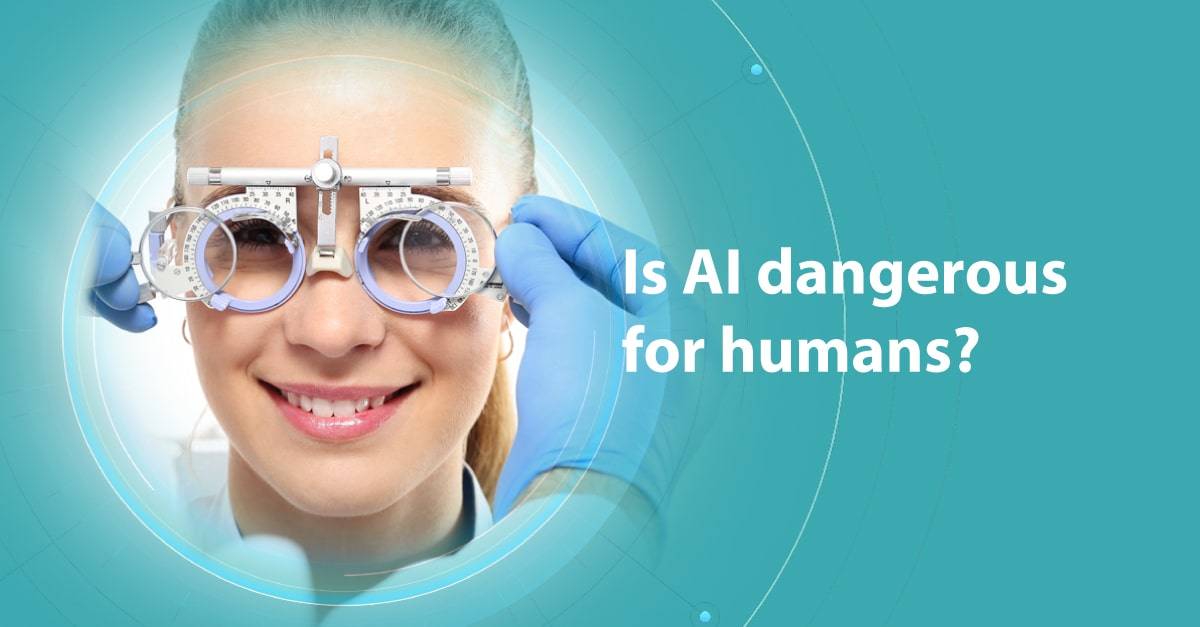 Today, AI algorithms can interpret retinal images and distinguish pathological from non-pathological scans. However, not all attempts at AI implementation have succeeded as well. One of the most popular non-medical examples is Facebook. Some time ago, Facebook tried to identify relevant news for certain groups of users. But the automated process could not detect the difference between real and fake news. Russian hackers managed to trick the system and bypass automatic filters. They posted fake news, forcing the Facebook team to come back to human editors.

This is just one example of how security lags behind performance when humans rely on AI too much. Artificial intelligence is a great tool, but in most cases, its abilities only give reliable and the most accurate results in collaboration with eye care professionals. Although machines are designed by humans, they often can’t predict human behavior and don’t know how to cope with situations or clinical cases that go beyond the scope of the algorithm. 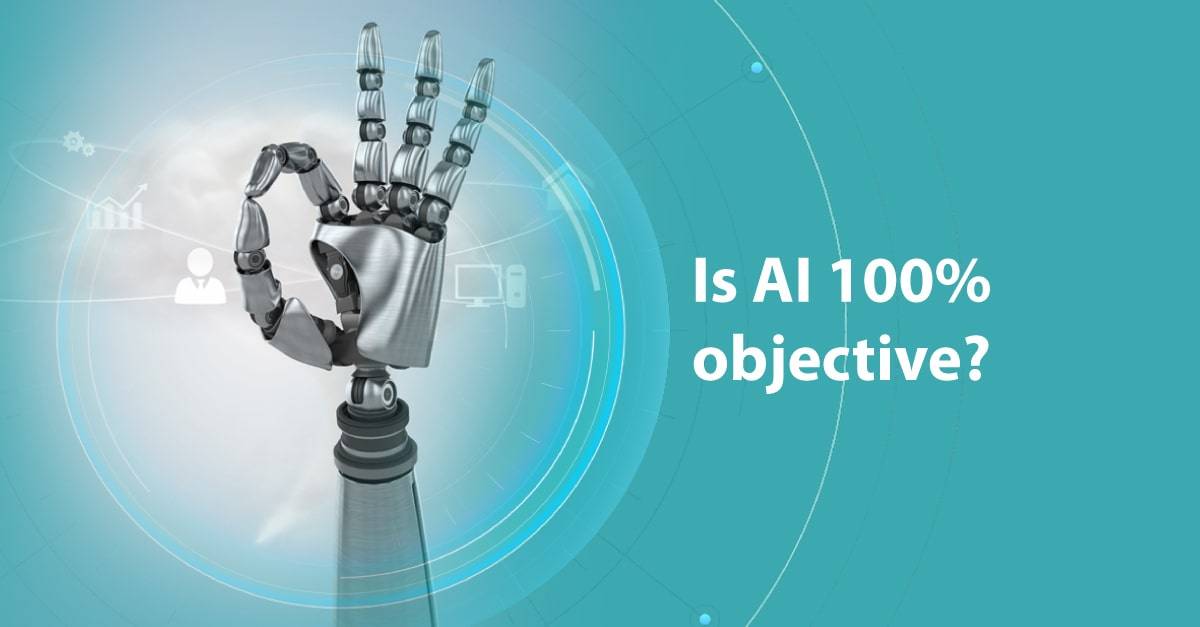 To honestly answer the questions of will artificial intelligence replace ophthalmologists and optometrists and whether it is 100% objective, you need to understand that an AI system will only be as good as its inputs. By loading unbiased training datasets, engineers can create an AI system that makes unbiased decisions. However, in the real world, AI is unlikely ever to be 100% objective.

For example, many well-known companies, such as Amazon or Facebook, still struggle with the gender gap in hiring. Some time ago, Amazon used historical data from the past ten years to train its AI recruiting model. The algorithm was supposed to process data and candidates and free recruiters from the routine viewing of hundreds of CVs. However, soon Amazon team discovered that the data was biased against women. AI algorithm was trained by outdated information when the technology industry used to be dominated by men. Thus, the new recruitment system selected only male candidates. This forced Amazon to abandon the algorithm and re-open many recruiter positions.

In the field of ophthalmology, AI models can already accurately predict diabetes risk factors or potential vision loss from OCT images. So when will artificial intelligence replace ophthalmologists? In Altris, we are sure the algorithm will never achieve adequate objectivity, as it will always be limited by input data, whether demographics, gender, or age.

Now we know that AI can’t be 100% objective. Indeed, ophthalmologists and optometrists can’t match the ability of algorithms to detect pixel-level patterns among the millions of pixels in the OCT scan. However, only the cooperation of eye care specialists and a quality AI model working together will allow for more accurate detection of diseases. The combined efforts of AI management systems and eye care specialists can help achieve the desired 100%.

Can AI make it without eye care specialists? 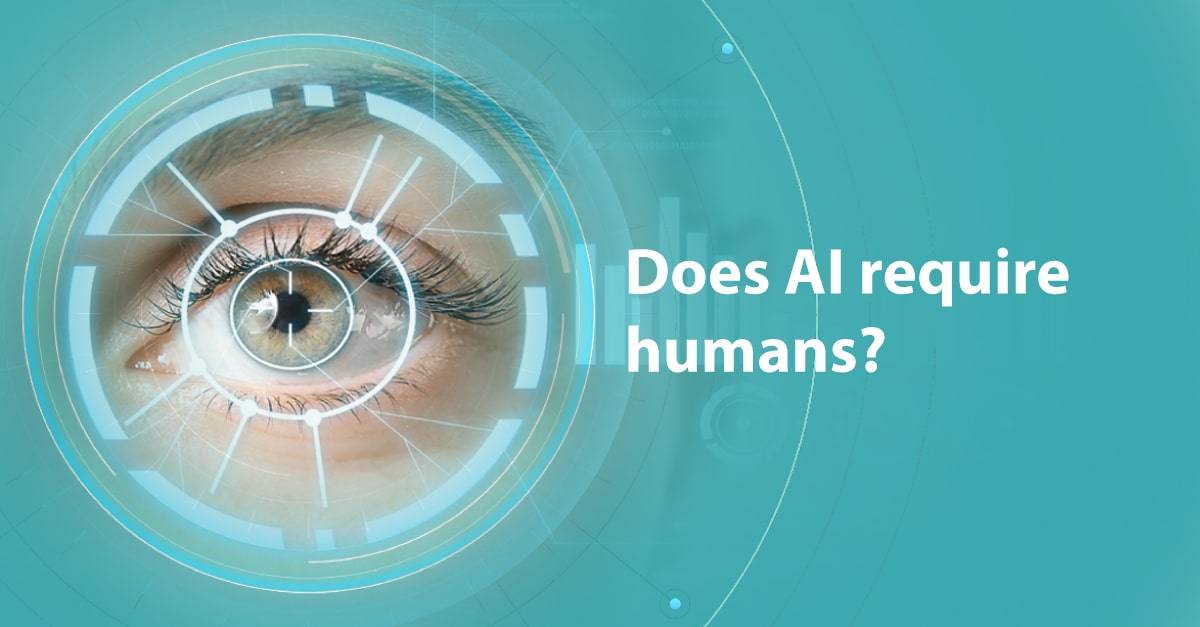 Various articles have speculated on whether artificial intelligence replace ophthalmologists and optometrists, raising concerns about unemployment. However, this never corresponded to the actual state of affairs. Carl Benedikt Frey, an Oxford Martin Citi Fellow at Oxford University, reported that while 47% of jobs are at risk of automation, the risk for doctors is estimated at only 0.4%.

In addition, in his book “Humans Are Underrated”, Geoff Colvin states that the most valuable skill for ophthalmologists is the ability to sense the thoughts and feelings of patients who are losing sight.

Many patients complain about the lack of contact with the doctor. They admit that the treatment would be more comfortable if doctors devoted more time to live communication. This mainly applies to children and the elderly, who need a lot of attention from eye care specialists. Empathy and similar human qualities are not only an understanding of the patient’s feelings but also an adequate response to them. Thus, a future in which optometrists and ophthalmologists are replaced by AI seems senseless.

Professor Tien Yin Wong, medical director of the Singapore National Eye Centre, claimed that AI holds great promise for retinal screening. And while AI for OCT interpretation will radically change clinical practice, the technology’s more significant impact will be to complement and enhance human capabilities rather than replace them. The field of ophthalmology demonstrates that the combined efforts of scientists and machines are more effective than either could achieve individually.

Artificial intelligence for OCT interpretation is just a recommendation system for an eye care specialist. Often one pathological sign, for example, Cystoid macular edema (CME), or Intraretinal fluid, can indicate many diseases, like Wet AMD, DR, DME, CRVO, and others. That is why AI is only an assistant to a doctor, especially when it comes to rare pathologies.

All in all, AI for OCT interpretation is just a tiny part of clinical practice and can never work without humans. In order to detect the pathological signs and diagnose a disease correctly, an eye care specialist must perform different examination methods. Among these exams are visual acuity, intraocular pressure, ophthalmoscopy, and a basic patient examination, which includes anamnesis. Moreover, ophthalmologists and optometrists may also need to perform other visualization methods, like Fundus photography, FFA, or OCTA.

Automation has led to a significant change in many industries, and ophthalmology is no exception. So when will AI replace eye care specialists? The answer is quite simple — AI will never replace them. It will eventually take over routine tasks, allowing the career of ophthalmologists and optometrists to advance in new and exciting directions.

Automated interpretation of OCT scans will significantly increase the circulation of patients in ophthalmic clinics or optometry centers, which is commercially attractive. Moreover, with increasing life expectancy, and expanding the range and effectiveness of treatment options offered, a collaborative effort between ophthalmologists and AI will improve patient outcomes. This will make ECPs more efficient, freeing up time for human interaction between doctor and patient, which has been a cornerstone of medicine for decades.

In his concept of the future clinic, Eric Topol describes a system that the Altris AI team is already implementing today. AI labels, annotates and segments images. While ophthalmologists receive information about the structural and functional trends of the patient’s retina to track changes and develop a treatment plan. Altris AI allows ophthalmologists to focus on providing individualized care to each patient. 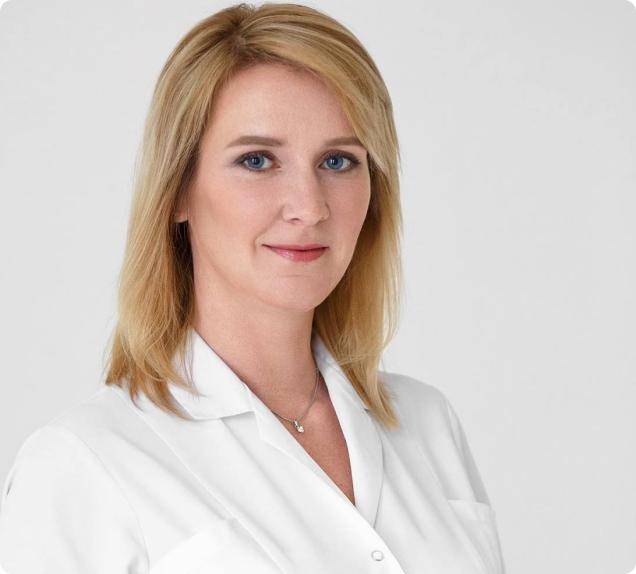